You have successfully joined the Readers Club. You'll receive an email with your starter library shortly. 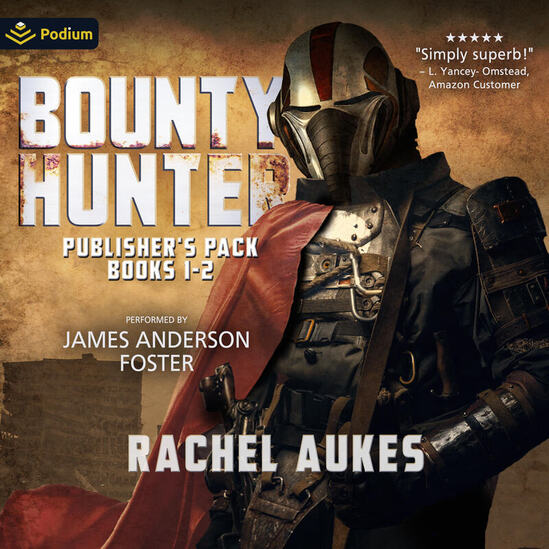 A new thrill ride that's perfect for fans of The Expanse and Star Wars.

War veteran Captain Throttle Reyne is looking forward to taking a break from dealing with malfunctions, glitches, and the hassles of monitoring a thousand colonists in cryo-sleep. She didn't expect that break to be chasing pirates and taking on crime lords in a lawless system. The Jader criminals play dirty. But Throttle and her crew play dirtier.

The Mandalorian meets Fallout in the tale of a gunfighter who emerges in a post-apocalyptic world.

Being a bounty hunter in the wastelands isn't easy, and it's about to get a whole lot harder...

After three brutal wars over the course of a single decade, most people have lost the taste for blood. Those who survived migrated across the zones to begin new lives. Some, unable to settle into peaceful careers after spending too much of their lives at war, become bounty hunters. This is the story of "Havoc" Joe Ballast, a lone bounty hunter who makes his way through the lawless wastelands. He becomes a new kind of hunter, making his own tickets to take down the criminals.

An old space captain hounded by arthritis and war memories, Aramis Reyne barely makes ends meet by running mail to the farthest, most dangerous reaches of the fringe. When he’s offered a no-questions-asked contract, he jumps at the opportunity to make some extra credits. But, he soon learns that he should’ve asked questions…and that there are far worse things in the galaxy than being broke.

​Cash has watched her friends die, only to walk again. An office worker with few survival skills, she teams up with Clutch, a grizzled Army veteran with PTSD. Together, they flee the city and struggle through the nine circles of hell, with nothing but Clutch’s military experience and Cash’s determination to live. As they fight to survive in the zombie inferno, they quickly discover that nowhere is safe from the undead…or the living.

"100 Days in Deadland is a stunning exploration of the human spirit: survival and greed, good and evil...a microcosm of today’s society wrapped up in a dystopian novel. Rachel Aukes has written a modern take on a classic." ~ Suspense Magazine